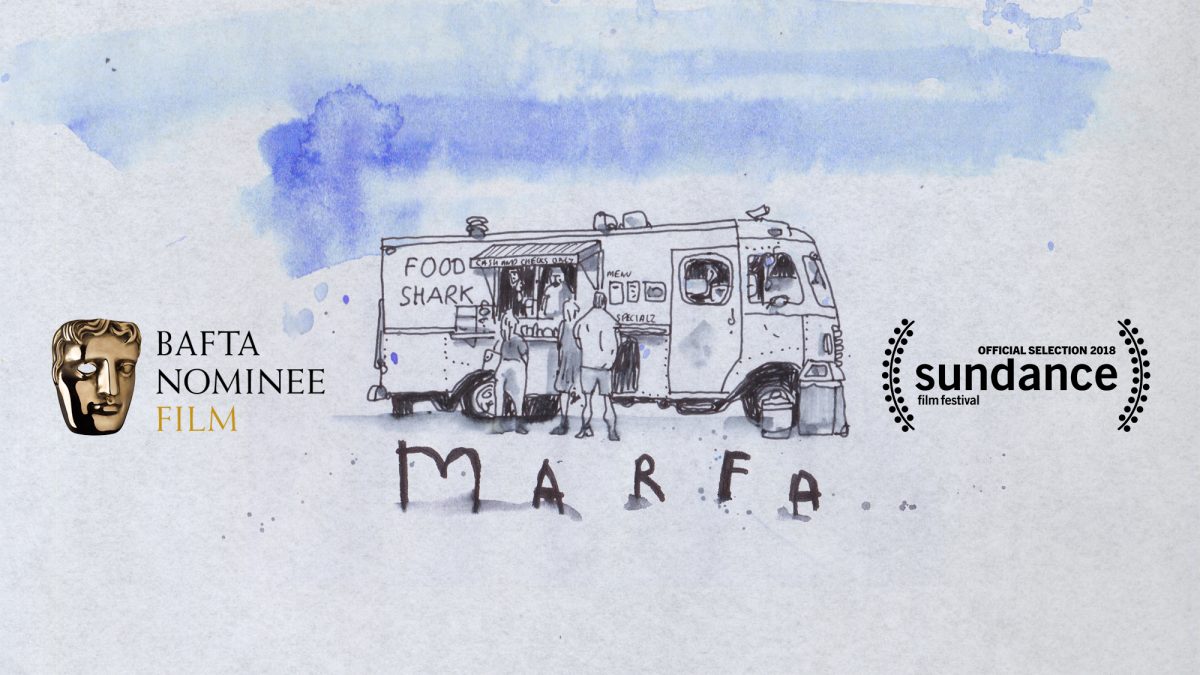 Marfa is a short animation by The Brothers McLeod. It premiered at the Sundance Film Festival 2018. It was later nominated for a BAFTA Film Award for Best British Short Animation. Myles wrote the poem for the film and co-directed. Myles’ brother Greg directed, illustrated and animated the whole film after visiting Marfa in 2014. Check out Greg’s illustration website. Watch the film on Vimeo.